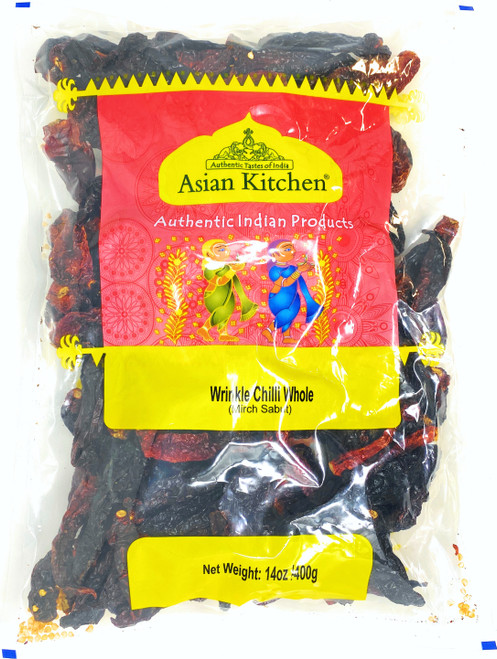 Though originating in Central and South America, chilies have found its way into being a major component in Indian cuisine. India is one of the largest producers of chilies in the world. Indian Chillies can rage from being mildly pungent to fiery hot depending on its classification. All chilies are measured in Scoville Units which determine the level of capsaicin in a particular chili. Asian Kitchen's Wrinkled Dry Chillies is one of the popular variety of chilli and is also known by the name of Wrinkled Chilies. It is used in various Indian cuisines and has rich deep-red color and hot Flavour.