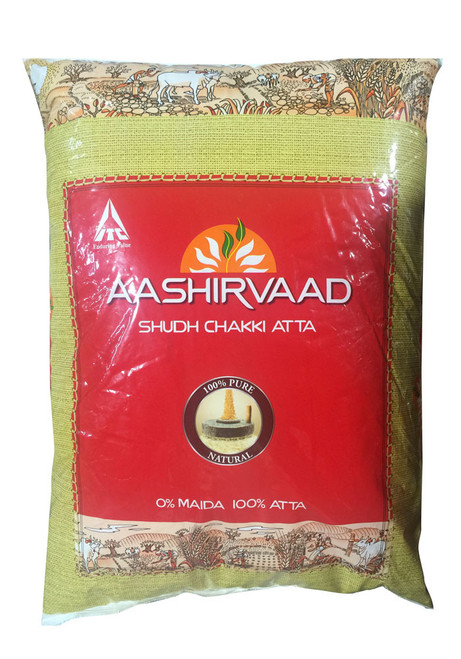 Aashirvaad Atta is the best atta for making desi roti. At ITC Aashirvaad, extra care is taken to keep things as natural as possible. The way Mother Nature intended for them to be. Aashirvaad Atta was launched on 27th May 2002 and within a short span has become the number one in branded packaged atta across the country. Aashirvaad Atta is made from the choicest grains - heavy on the palm, golden amber in color and hard in the bite. It is carefully ground using modern chakki - grinding' process for the perfect balance of color, taste, and nutrition which also ensures that Aashirvaad atta contains 0 percent Maida and is 100 percent, Sampoorna Atta. The dough made from Aashirvaad Atta absorbs more water, hence rotis remain softer for longer.